Overcoming major challenges which he faced in his youth, often having to walk 10km to the track and back in order to train, Ruswahl Samaai has lifted himself to elite status by becoming one of South Africa's most accomplished track and field athletes.

After making steady progress in the early stages of his senior career, Samaai enjoyed a superb breakthrough season in 2014 by leaping over eight metres for the first time at the age of 22, and stepping on the podium at the Commonwealth Games in Glasgow and the African Championships in Marrakech.

While juggling injury niggles which have plagued him throughout his career, the lanky Western Cape star took another step forward in 2016 when he equalled Khotso Mokoena's national indoor record of 8.18m to finish fifth at the World Indoor Championships, and later that year he won the African title on home soil in Durban and reached the Olympic final in Rio.

Having shown tremendous potential, Samaai took the biggest leap of his career in 2017 when he launched a massive personal best of 8.49m to take the silver medal at the SA Senior Championships, before grabbing the bronze medal at the World Championships in London.

Building on his superb form, he went on to find remarkable consistency in the 2018 campaign, returning to the podium by snatching another bronze medal at the Gold Coast Commonwealth Games, and successfully defending his title at the African Championships in Asaba where delivering a spectacular performance to beat a world-class field.
Having established his place among the most consistent athletes on the international circuit, the University of Johannesburg transport management student has positioned himself among the early favourites for the podium at the 2020 Tokyo Olympics, and he continues to play a key role in building on the rich history of South African long jumping. 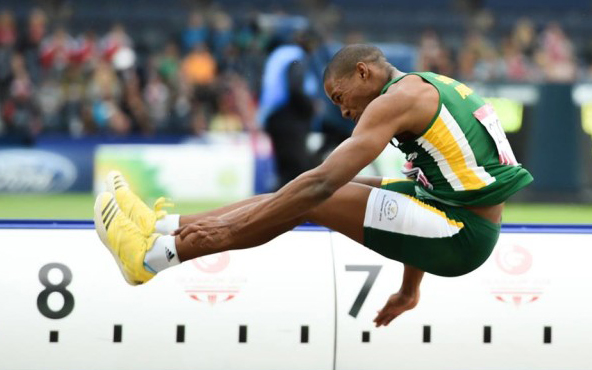 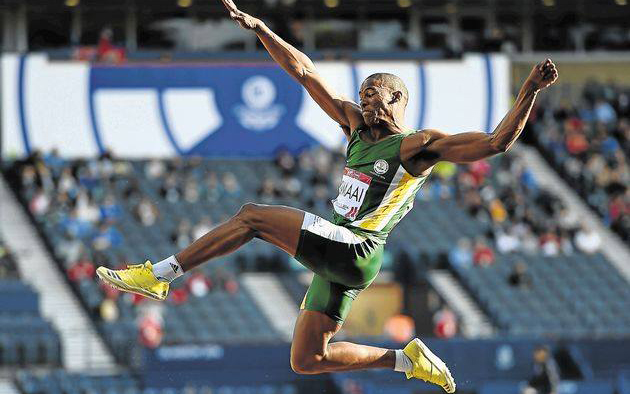